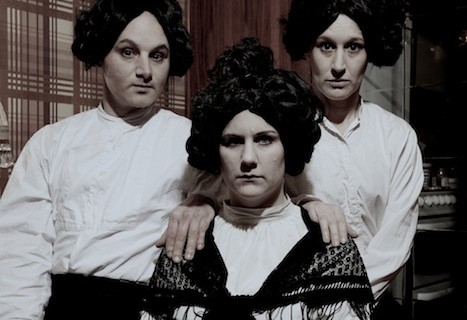 The hugely popular seated Theatre Tent returns in 2013 with a programme including Rob, Dex & The Entertainingly Different Gang who will start the mornings off with their Rise and Shine shows and will also be bringing some ‘Traditional Tales’ to life.  Festival favourites Le Navet Bete return to create more mayhem with their Extravaganza of clowning, acrobatics, mime and music. There is magic from the master of conjuring Peter Clifford and a fast paced juggling spectacular from Dan the Hat. Plus we travel back in time with Trifle Gathering Productions for a Curious Evening of Trance and Rap with The Ogden Sisters, and witness George Formby’s rise from awkward stable boy to one Britain’s biggest starts in a unique one-man performance from Ewan Wardrop. To top it all off there’s extreme cabaret from Carney Cabaret and The Bo Diddlers (a Morris dance troupe with a difference) performing ‘The Six Rods at Dawn’.

The Band Stand in 2013 will be playing host to The Martin Harley Band, The Bar Steward Sons of Val Doonican, Sly & Reggie, One Eyed Wayne, Lisbee Stainton, Brendan Behan’s Pig & Whistle Band, Denis Jones and Walk. Plus Homebrood, Mrs Mills Experience, Winter Mountain, Midnight Barbers and The Wolves of Meantone. Plus John Robb in conversation with special guests and the Open Mic sessions, the 2013 Fancy Dress Competition and daily singing workshops with the Exeter Gospel Choir.