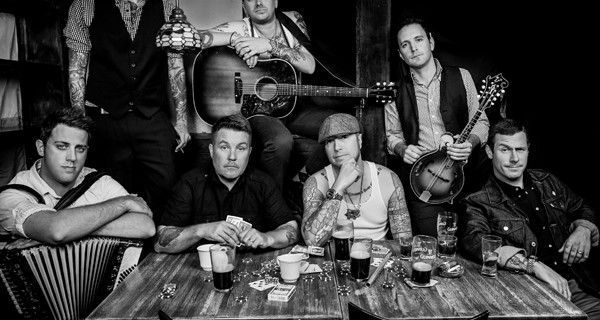 Headlining on the festival’s Big Top stage are former Dr Feelgood guitarist and Wilko Johnson, plus the irresistible entertainment juggernaut that is The Ukulele Orchestra of Great Britain and an exclusive performance 10 years on from its premiere at Beautiful Days 2005 of the musical story of John Lilburne – Rev Hammer’s Freeborn John featuring Maddy Prior, Kathryn Roberts, Sean Lakeman, Rory McLeod, Phil Johnstone and members of the Levellers. Also appearing on The Big Top stage are Scottish singer-songwriter Eddi Reader, plus a mash-up of music and comedy with Rich Hall’s Hoedown, the spellbinding dreadlocked Irishman Duke Special, the critically acclaimed up and coming Jack Savoretti, high octane Celtic dance sensation Peatbog Faeries and alt-folk band The Moulettes. They are joined on The Big Top bill by Rory McLeod, plus the unique and joyful Keston Cobblers Club, skiffle favourites Hobo Jones & The Junkyard Dogs, folk duo Philip Henry & Hannah Martin, solo acoustic musician Gaz Brookfield, British blues/grunge band Kill It Kid, She Makes War, Levellers Acoustic and a screening of ‘A Curious Life’ – a film about the Levellers rise to fame in the 1990s.

The Sunday theme for 2015 is THIS GARDEN…….think flowers, hedgehogs, butterflies, trees, bumblebees, weeds, birds, gnomes….full outfits or accessories, its up to you. The site art and other elements of the festival will be influenced, as usual, by the theme. The line-ups for the last two stages, The Bimble Inn and The Band Stand, will be announced in the coming months.

All acts announced so far are listed HERE