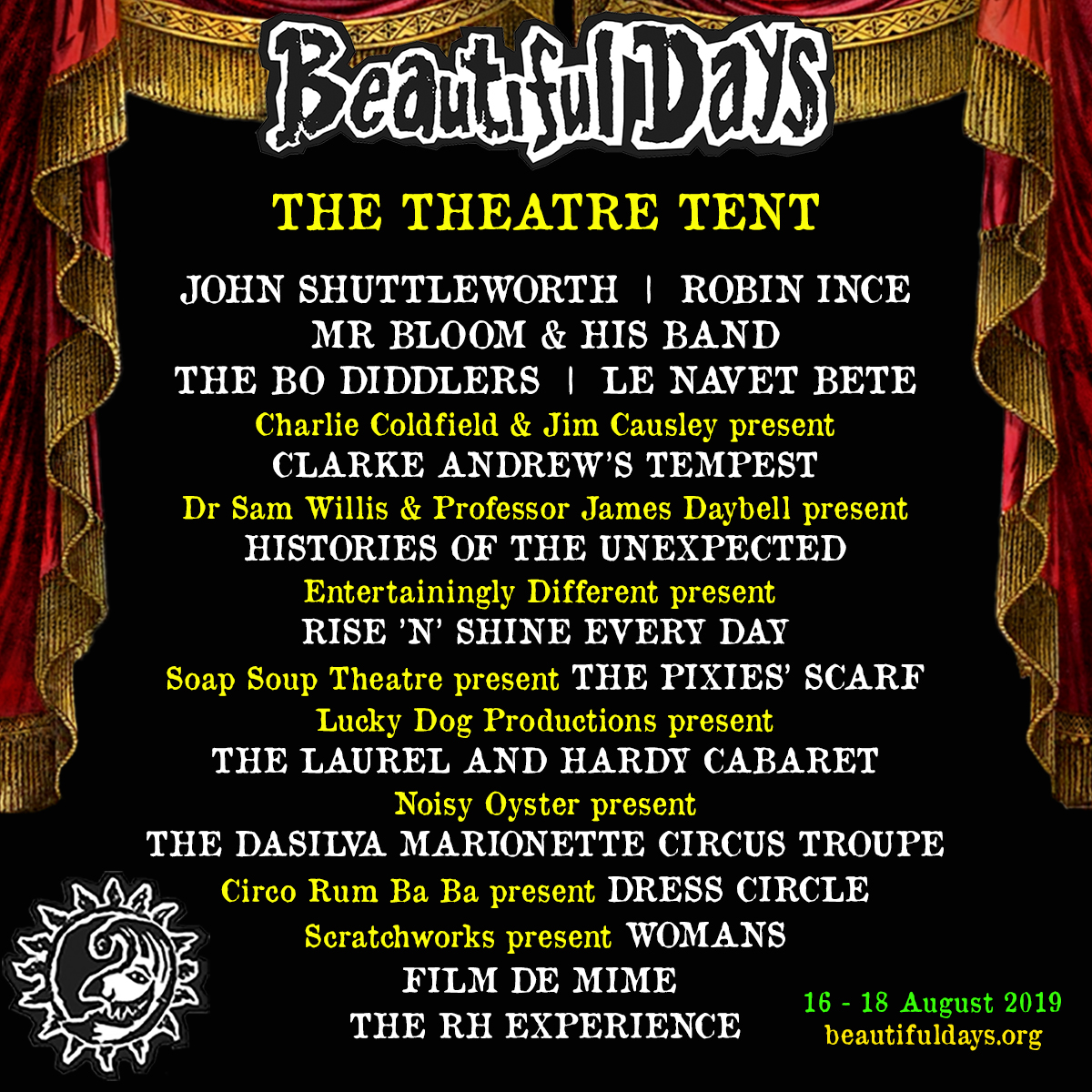 The seated Theatre Tent at the festival has increased in size this year due to overwhelming demand for shows and will this year host stand-up comedy from John Shuttleworth, the enduringly brilliant comic creation of Graham Fellows who is well-loved from his Radio 4 series, The Shuttleworths plus award-winning comedian, writer and broadcaster Robin Ince.

Shows will include Mr Bloom & his Band – a four-piece band of musical gardeners, fronted by CBeebies best known gardener, Mr Bloom. Plus Entertainingly Different present their ever popular early morning Rise ’n’ Shine sessions each day. Lucky Dog Productions present The Laurel and Hardy Cabaret – a bumper package of routines, songs and dances from The Boys’ 30-year career featuring some classic movie sequences along with some hilarious Music Hall sketches the pair toured in the 1940s and 50s.

Clarke Andrew’s Tempest is an enchanting reinvention of Shakespeare’s play played out through song and physical theatre featuring songs written and performed live by internationally renowned folk singer Jim Causley alongside performance from actor Charlie Coldfield. One of the country’s best-known historians Dr Sam Willis & Professor James Daybell present Histories of the Unexpected – an exciting and fun new show that demonstrates how everything has a history and also that those histories link together in unexpected, and often rather magical, ways.

We are also going to be screening ‘Rudeboy: The Story Of Trojan Records’ on Friday night in the Theatre Tent at Beautiful Days 2019. BMG recently commissioned Pulse Films to create a documentary on the history of the world’s most iconic and influential Jamaican music label, Trojan Records. The result is this critically acclaimed music documentary which combines compelling dramatisations of key chapters in the story, along with archive and interview footage. It tells the story of the label by placing it at the heart of a cultural revolution that unfolded on the council estates and dancefloors of late 60s and early 70s Britain, as immigration and innovation transformed popular music and culture.