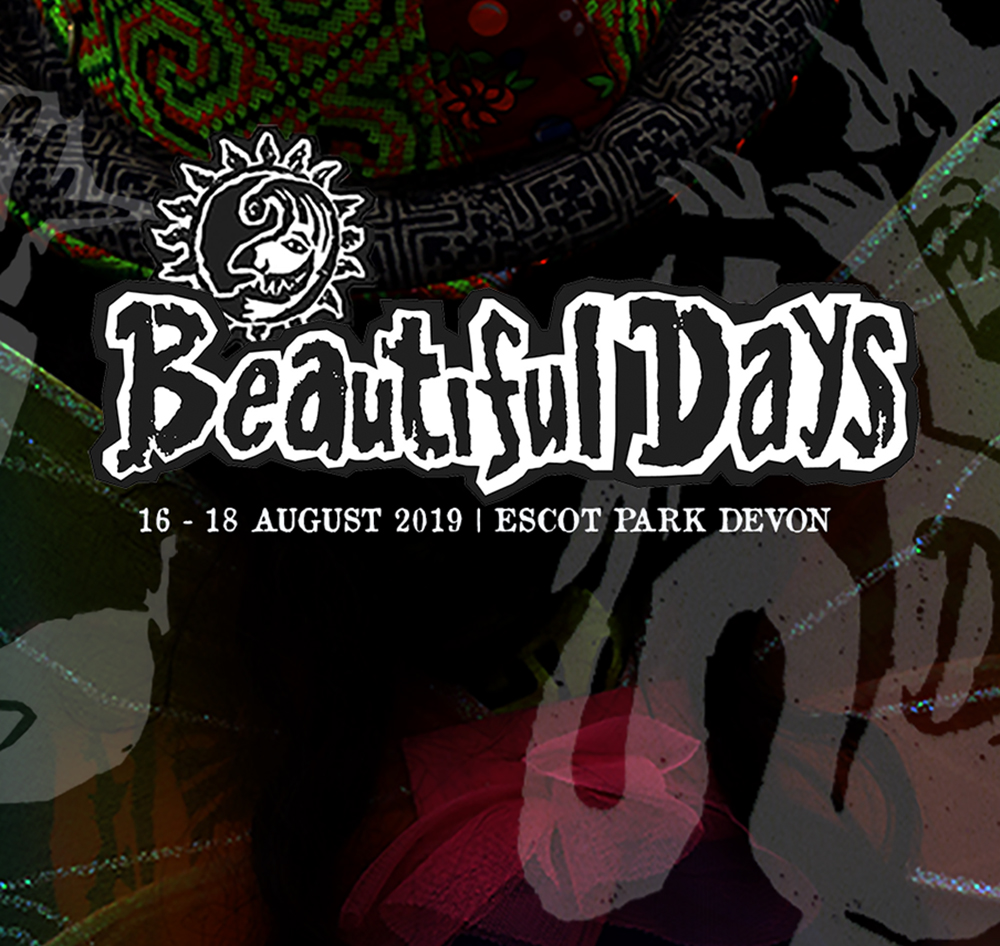 The first wave of artists have been announced for the 17th Beautiful Days festival. We are delighted to announce a number of acts for the main 3 stages with more, plus other stages, and the 2019 theme still to be announced! Tickets are on sale now

Iconic rock force Skunk Anansie top the bill on Friday night at Beautiful Days on the Main Stage. They are celebrating 25 years together in 2019 with the release of [email protected], a live album that brings together the greatest songs from their six studio albums including hit singles ‘Weak’ and ‘Hedonism (Just Because You Feel Good)’. Eight-time GRAMMY® award winning musician and reggae icon Ziggy Marley will headline Beautiful Days on Saturday night. Humanitarian, singer, songwriter, producer and eldest son of music icon Bob Marley, Ziggy kicked off a legendary solo career in 2003 and has released twelve albums to much critical acclaim. His latest studio album ‘Rebellion Rises’ is out now. Festival founders Levellers who recently celebrated their 30th anniversary will close the festival on the Sunday night followed by the annual firework spectacular. They will also open the weekend with an acoustic set in The Big Top. Levellers charted in the Top 20 for the first time in over 20 years with acoustic album ‘We The Collective’ in 2018 produced by John Leckie.

Also announced today for the Main Stage at Beautiful Days 2019 are one of the most influential bands to have emerged from the punk era The Stranglers, plus Sleaford Mods who are one of the most compelling live acts around right now and indie-rock trio Ash whose numerous hits over two decades include ‘Girl on Mars’, ‘Oh Yeah’ and ‘Shining Light’. Founder member of both Joy Division and New Order Peter Hook & The Light are also on the bill plus punk-rock outfit The Blinders, Manchester band Cabbage, charismatic singer-songwriter and multi-instrumentalist Seth Lakeman with his band and Cast who originally formed in 1992 from the ashes of two of the most legendary and lauded guitar bands of all time, The La’s and Shack. The festival also welcome back Ferocious Dog whose new album Fake News & Propaganda is out soon and completing the names announced for the Main Stage are Celtic Social Club, She Drew the Gun, Beans on Toast and Tide Lines.

Headlining The Big Top are renowned Malian desert blues four-piece Songhoy Blues on Friday and Steeleye Span, led as ever by Maddy Prior, who are celebrating their 50th anniversary in 2019 will headline Sunday night. Also announced today for The Big Top is Yorkshire’s Kate Rusby one of the finest interpreters of traditional folk songs and one of our most emotive original songwriters, plus one of the most exciting voices in contemporary folk – Kate Stables AKA This Is the Kit, activist, broadcaster and musician Tom Robinson, Irish singer Cara Dillon performing Hill of Thieves on its 10th anniversary and Fisherman’s Friends who are soon to be the subject of a film based on the remarkable true story of Cornwall’s unlikeliest exports. Completing The Big Top line-up is multi-award-winning Scottish songwriter and musician Karine Polwart, plus the unique Grace Petrie who is currently on tour supporting Frank Turner, Westcountry duo Sound of the Sirens whose new album This Time is out now, Canadian singer-songwriter Old Man Luedecke, Dorset folk/punk band Black Water County, The Leylines and festival favourites The Bar-Steward Sons Of Val Doonican who present a ‘Sunday Service’ with special guests.

Beautiful Days has never just been about the music though – festival has a seated Theatre Tent, walkabout performances, site art installations, a vast array of food & crafts stalls and real ale bars run by local brewers Otter Brewery. We will welcome back Frank Water in 2019. They served nearly 3,500 litres of water into reusable bottles at the festival last year – potentially saving nearly 7,000 single use plastic bottles from going to landfill or into our oceans and we will be aiming to improve on that in 2019.

Thank you to everyone whose completed the FESTIVAL SURVEY for us, we really do value your comments and answers. If you haven’t done it yet, there is still time. We are not sharing information with anyone, the survey is for us to better understand you and improve the festival where we can.