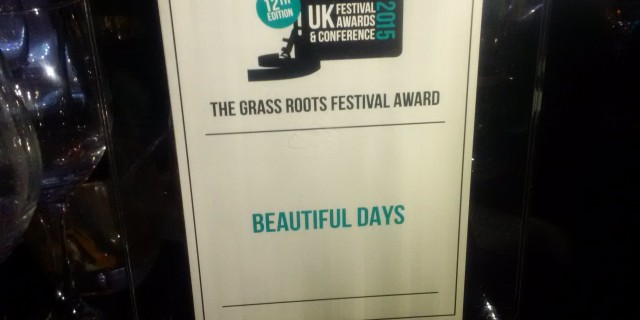 The Award winners are decided through a combination of online fan votes and music industry experts. Other winners on the night included Isle of Wight Festival, Bestival and Kendal Calling. Peter Gabriel was presented with the ‘Outstanding Contribution to Festivals Award’ by special guest Eddie Izzard.